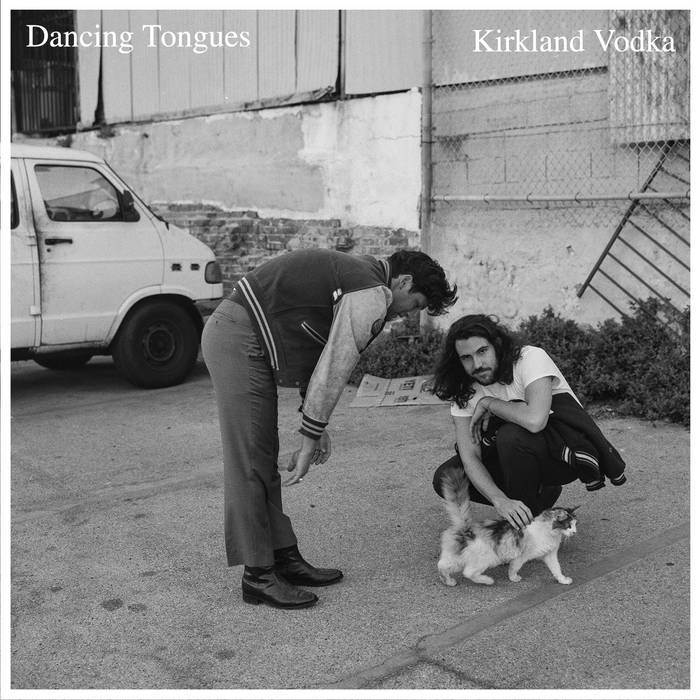 For some of us, periods of isolation are normal and nothing new. Personally, I love it. It may seem as a shocker to many who “know” me, but I am honestly a painfully shy introvert; who loves nothing more than to be alone. That is when I can be me. I rely on isolation, and it is the most important thing for Dancing Tongues. Our creative process has always relied on periods of isolation. It is under these conditions that Kevin and I always work best under.

Since we were about 17, we would periodically set aside a few days and lock ourselves in with no distraction to write and record. The older we got, we would do this more frequently until it developed into some sort of habit or ritual. It is how we operate. Whether it was when we were in high school at a parents house for a weekend when they were gone, locked away with whatever booze we could skim from the fridge, or in college, for a week in Kevin’s mountaintop suburban palace, cabins in the woods, or in my teenage bedroom by the beach, or the next year when we turned 20 and moved to LA - hidden in our first space in North Hollywood, “Green Hell,” or immediately after when we moved to the place we have called home in Downtown for the last six years, we have always locked ourselves away to write. We write a lot. I can’t speak for other artists, and I don't know for certain, but I would bet that we write more than most. It is something I do daily, and typically Kev and I would do almost weekly. This year has been a bit different though. The band has expanded, firstly with the addition of Luke, then shortly after with Thurston and Michael. With these additions, as well as so many different personal struggles and adjustments that life has served up, our writing process has changed a bit. We are sitting on a record set to release shortly that Kevin and I wrote and recorded with our good friend, Jonny Bell. We wrote this differently than what you will hear today, however it was much closer to the “traditional” Dancing Tongues style than what we see coming in the future as we grow as a five-piece band. Unfortunately, the two of us were unable to take advantage of this legislated isolation to create, as I had to leave Los Angeles during this pandemic for personal reasons.

We were speaking on the phone and were mulling over how we couldn't get together and record some “demos” to add to our catalog of well over 100 songs from over the years. We wanted to do something different. We know that we have long since moved on from so many of these songs and ideas that were once so fresh and never released, and know that we will never revisit most of them. The truth is, we write music for ourselves. We love to, and it is probably to a fault. We essentially only have 10 songs released, and are truthfully probably closer to about 200 finished songs over the years, so as a band we are only releasing about 5% of what we make. I’m fine with it, as we typically do not release what we self record, thus our demo quality is not “commercial” to be released - but it doesn't stop us from loving some of these songs. We know that we are changing and that we will be in a way divorcing ourselves from some of these older angsty songs. These days of isolation have allowed for a lot of self-reflection, and we don't know if we want to go out for that pack of cigarettes and never come back to these songs, so we are giving them a little kiss, and putting out a few songs that tell a story about how we are growing as a band and as people.

The truth is, we want to be working. We want to be writing. We want to get that high and get drunk on our music, but we can’t. Our particular situation during this isolation is preventing me from being able to reach up to the top shelf, so we have to make do with what is in reach - what we can afford. For that reason, we are putting out something that tells a story, sketches from a book, we are going to drink from the bottom of the well. We are offering you a taste of what we are serving. It might not be the smoothest, or the most delicious, but it is nostalgic and true. Once it goes down, I'm sure you’ll catch a buzz. Dancing Tongues is happy to serve to you, our curated selection of a few tracks from the past and present, called Kirkland Vodka. It is unruly, unmixed and given to you straight with no chaser.

Something Strange About Sunday (2019) - Dancing Tongues & The Gems

Dancing Tongues is a trio from Los Angeles formed in the fall of 2015. Drawing influence from the creative approaches of the late 70's punk movements and mid-century modern art, the band plays minimal post-punk that is both danceable and energetic

Bandcamp Daily  your guide to the world of Bandcamp

Guest hosted by Tamar Osbourn aka Collocutor and Toshio Matsuura.